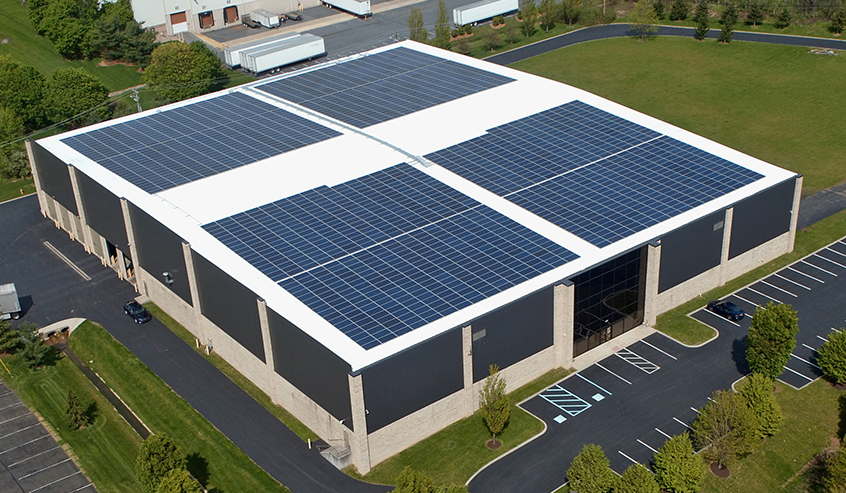 ATAS Invests in Solar for their Headquarters

On May 6th, ATAS International had a ribbon cutting ceremony to celebrate the installation of a 620.1 kW photovoltaic (PV) solar electric system that was recently installed on one of ATAS’ plants located on Grant Way in Allentown, Pennsylvania.  The 60,000 square foot building was constructed in 2005 and is used by ATAS for manufacturing. The PV system was installed by RER Energy Group (RER) over an existing standing seam metal roof system.  It will generate more energy than is used at the building on which it is installed; ATAS will use the excess energy to benefit its other nearby building on Snowdrift Road, which serves as the company headquarters.  The solar array cost a little more than $1 million to install, and the estimated payback is two and a half years.

On the south facing wall of the Grant Way facility, InSpire, a solar air heating wall panel system, is installed and has been performing over the past 13 years.  InSpire uses the sun’s energy to heat the building.  As the sun heats up the surface of the perforated metal wall panel, it creates warm air, which then enters the building to help lower winter heating costs.  The InSpire panels are manufactured inside of the Grant Way facility.

According to Loretta Ottinger, the project developer for RER Energy Group, the Allentown, PA system consists of 1,908 roof-mounted, photovoltaic solar panels of 325 watts each. “The array will produce more than 743,220 kWh (kilowatt hours) of renewable energy annually, which would result in a 100 percent reduction of electric costs at the Grant Way facility, and more than 50 percent per month at the company’s headquarters.  The clean energy produced by the array would avoid 441 metric tons of carbon dioxide from entering the environment; equivalent to the electricity use of 66 homes in one year”, stated Ottinger.

As a proponent of sustainability, ATAS is setting an example on their own facilities, to show how solar PV and metal roofs can work together, resulting in a long-lasting and energy efficient system.  Adding an InSpire solar air heating wall system to a building, along with a rooftop solar PV array, can further add to a building’s energy performance.

Construction of a 490,000 square foot building in Fogelsville, PA will begin later this year, which will become the new headquarters for ATAS.  With the use of the energy produced by the solar array, and the InSpire solar air heating wall system that will be installed, that could potentially become a net zero building. 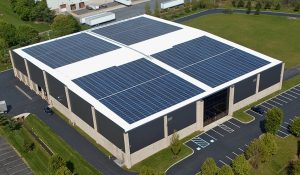 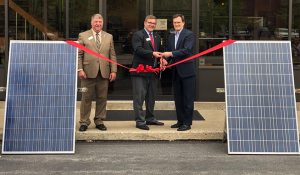