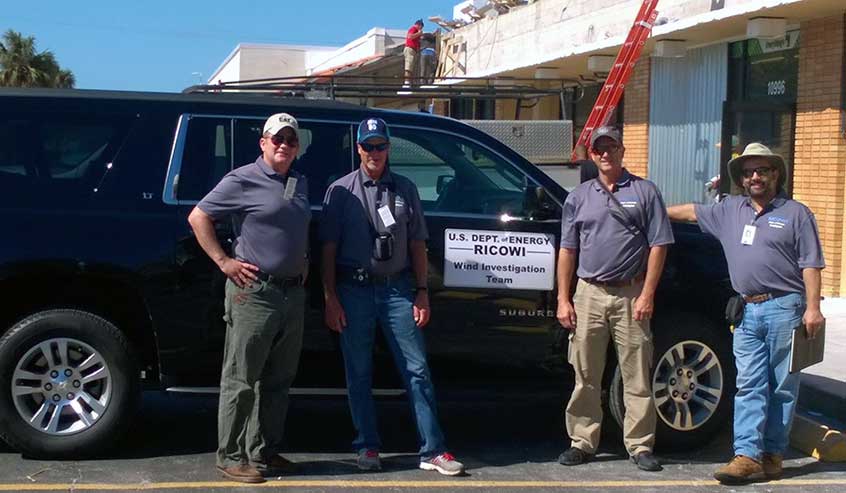 In response to Hurricane Irma’s damage to Florida in September, a small group of RICOWI members, including Jim Bush, Vice President of Sales and Marketing at ATAS International, conducted a mini-deployment.  Those investigators arrived in the Tampa-Fort Myers area on October 30th and 31st and separated into three teams of four, focusing on those areas, as well as Marco Island and the Keys. Even seven weeks after Irma, there was sufficient visible wind damage to keep these dozen investigators occupied for two days.

The Irma investigators found extensive damage to some roofs, while other nearby structures seemed untouched. Phil Mayfield of PSM Consultants and David Roodvoets of DLR Consulting, will be sharing those experiences and conclusions, on both the Irma and Hurricane Harvey investigations, at the spring RICOWI meeting in Houston, Texas on March 22nd.

Photo of Jim Bush and RICOWI team (Shown in the photo from left to right: Joel May, Jim Bush, Allan Kidd, and David Rallisteri)