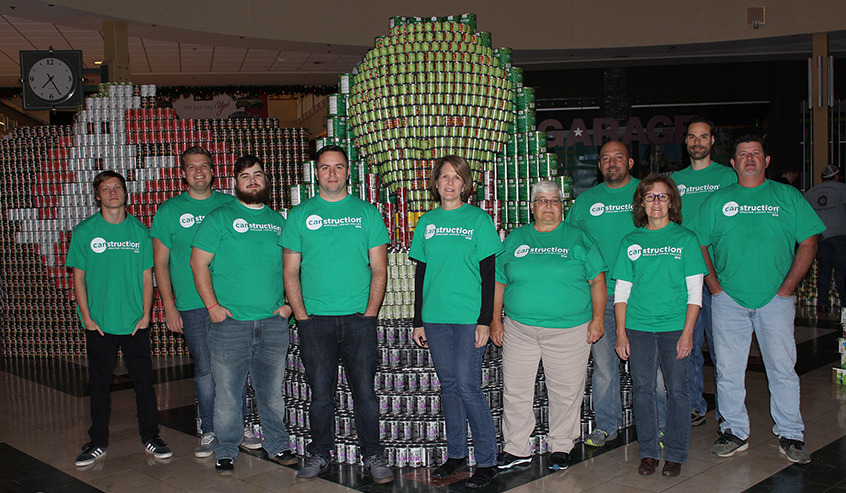 One of five teams building Cansculptures® this year, team members consisted of ATAS employees and Janet Grazul, an architect at the Architectural Studio.  This year’s theme was aCANemy Awards, and teams were challenged to build structures based on a movie nominated for an Academy Award.  The Monsters of Metal created a Cansculpture® featuring the Wizard of Oz.  The Cansculpture® incorporated several varieties of beans, sweet peas, tomato sauce, and tomato paste, to create a colorful, as well as nourishing, display of food.  A total of 5,483 cans were used to build the structure, which was on display at the Lehigh Valley Mall for two weeks in October.

This is fourth year that ATAS has participated in this event; they have been involved since its inception in 2015.  New Tripoli Bank and Fabrication Concepts, Inc. were sponsors of the Monsters of Metal team again this year.

A grand total of 29,825 cans (consisting of 30,419 pounds of food) were used by the five teams competing, and $1,390.73 was raised in cash donations.  All food and cash were donated to Second Harvest Food Bank, which serves approximately 60,000 people per month through their network of over 200 agencies throughout the Greater Lehigh Valley.