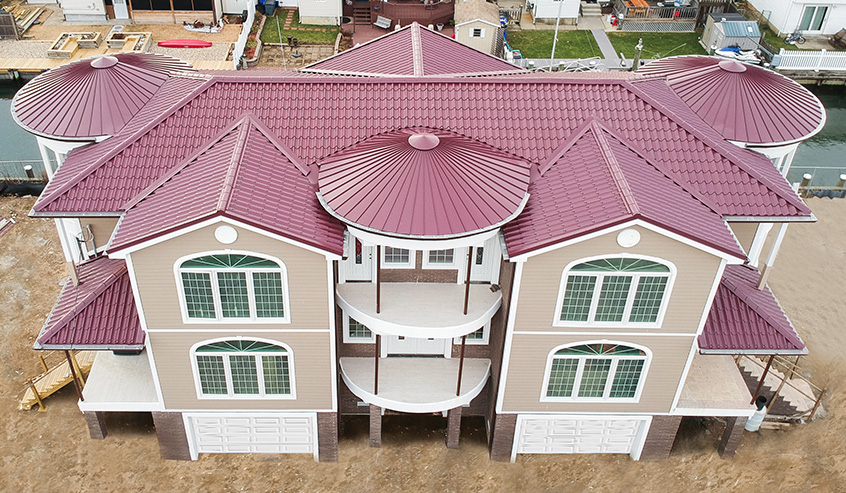 Freeport is a village in the town of Hempstead, Nassau County, New York, on the South Shore of Long Island. A settlement since the 1640s, it was once an oystering community and later a resort popular with the New York City theater community.  A homeowner in Freeport, New York, chose ATAS’ Techo Tile and PC System for the roof on her new residence.  The Boysenberry colored panels complement the natural beige and brown hues of the façade, resulting in a gorgeous home, which won the first place award in the residential roofs category of ATAS’ 2019 Project of the Year competition.

Techo Tile has the look of a Spanish tile clay roof without the problems associated with its care.  The .032 aluminum panels are installed vertically up the slope of the roof and utilize an anti-siphoning overlap design, preventing water migration at the panel overlap.  Due to the deep configuration in the form of an “S” in the Techo Tile panel profile, an air space allows for airflow between the panel and substrate, offering the potential for increased energy efficiency.

ATAS’ PC System is a two-part system offering a standing seam or a batten seam look and is manufactured in .032 or .040 aluminum, 24 or 22-gauge metallic coated steel, and 16 oz. copper.  The standing seam option is available in straight, tapered, and curved applications.  A unique feature of this system is that you can mix and match colors of the flat panel and the seam if a contrasting aesthetic is desired.  For this project, the tapered PC System panels in .032 aluminum were chosen in the same Boysenberry color as the Techo Tile panels, to cover the balcony areas in the center and on both ends of the house.

Michael Galfano of Riverhead Building Supply, stated, “I was originally called by Brian Silvius, inside technical salesperson with ATAS, asking me if I would speak to the homeowner to provide roofing assistance.  After a few meetings with her, we determined she wanted a metal roof because she loves the way it sounds when it rains, and it reminds her of the homes back in Guyana, where she used to live.  The homeowner initially got better pricing from a local competitor, but I brought Joe Jackowski, the ATAS product rep, to the job and we assured her that ATAS was the best choice in metal roofing for her home.  I explained to her that for a roof of this magnitude, she needed a qualified contractor and I put her in touch with John Arnone of JA Construction.  John did an amazing job from start to finish.  The homeowner is thrilled with the way the roof came out.  This was a challenging project, but the homeowner, contractor, and I were very pleased with the results.” 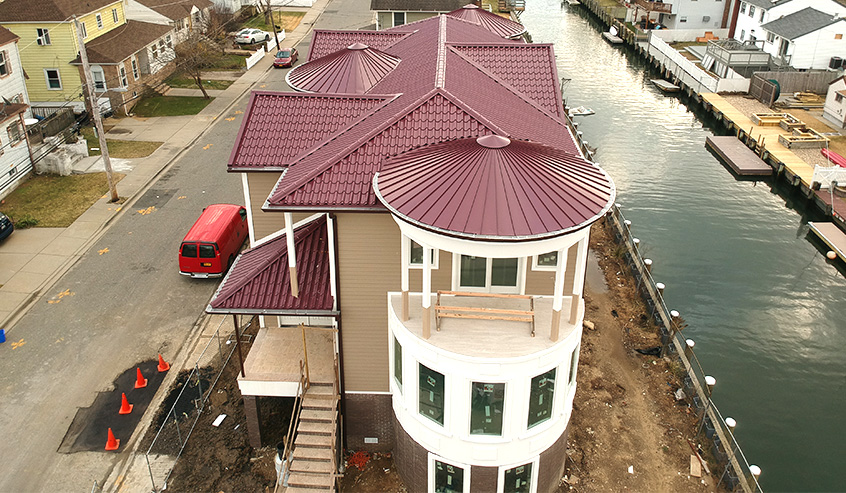 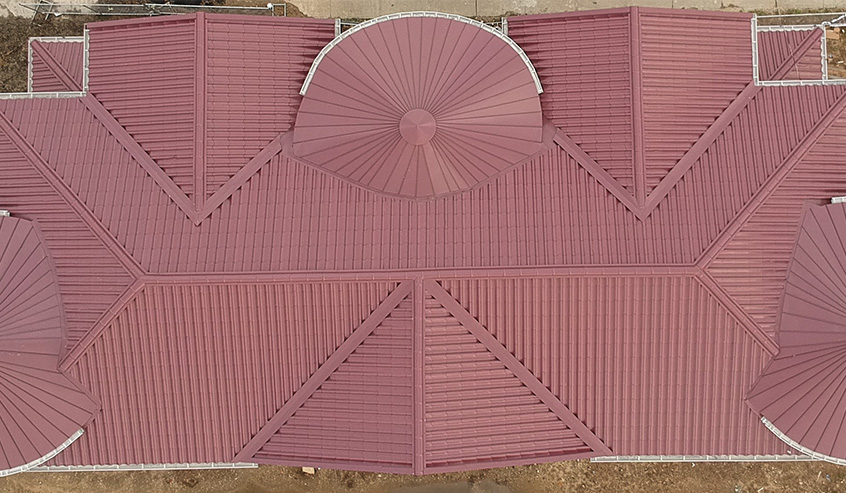 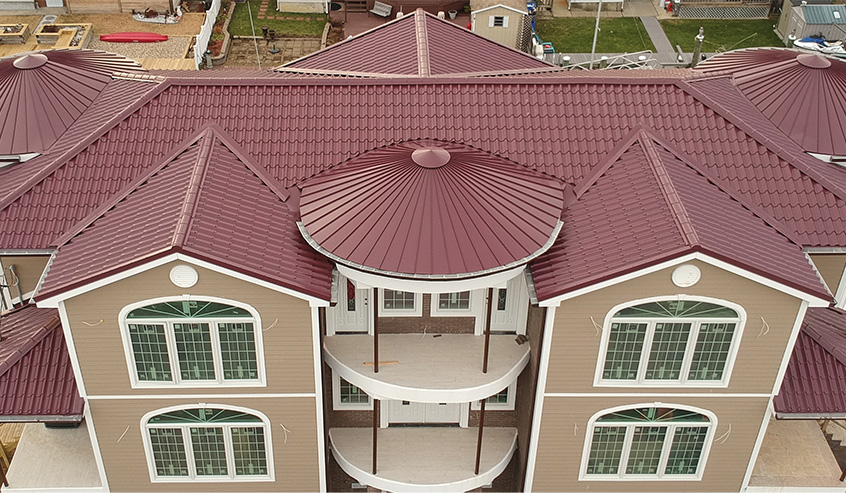